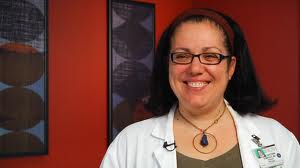 Do you have a question that has been bothering you or wish you remembered to ask the doctor?

Send us your question and it may be answered in an upcoming newsletter. Odds are if you have this question, so do others.

All our questions will be answered by Neurologist, Katie Kompoliti, MD. Dr. Kompoliti has an extensive background with Tourette Syndrome and tics.

Send your questions to [email protected]

Tics are sudden, rapid, recurrent, involuntary (outside a person's control) motor movements or vocalizations. Tourette syndrome is a neurological disorder defined by the presence of both motor and vocal tics, present for at least one year, starting in childhood or adolescence, fluctuating in variety (different tics come and go) and severity over time. Individuals with Tourette syndrome are otherwise neurologically normal.

Motor tics begin between the ages of 3 and 8 with vocal tics following the onset of motor tics by several years. Earlier in life, tics are more frequent but transient. They have to be present for more than one year to be able to diagnose chronic tic disorder. When they are present for less than a year we are dealing with Transient tic disorder of childhood.

Somebody with tics present for more than a year, who has only vocal or motor tics does not qualify for the diagnosis of Tourette syndrome according to the current definitions. These individuals have Chronic Motor or Vocal tic disorder depending on whether they have only motor or only vocal tics respectively.

In a similar fashion, somebody who has tics in the context of another neurological disease or medications has a Secondary tic disorder.

Therefore, not everybody with tics qualifies for the diagnosis of Tourette syndrome. They could have a Transient tic disorder of childhood, Chronic Motor or Chronic Vocal tic disorder or Secondary tics. One has to take into account that tic disorders represent a spectrum of severity. Thus, by lumping things together, i.e. recognizing that it is all probably a spectrum with mild, temporary tics in one end and severe Tourette syndrome in the other end, we are more likely to achieve a better understanding of the etiology and genetics of tic disorders.

Are there any good studies demonstrating the benefits of guanfacine in TS, and also, do we know the mechanism of action for this drug in TS?

Tenex and Clonidine were originally developed as blood pressure medications for adults. Use of these drugs for tics is supported by results of well designed clinical trials although these results are not uniform. Although they are generally not as potent as the Dopamine blockers in suppression of tics, Tenex and Clonidine are more benign than Dopamine blockers in terms of potential short-term and long-term side-effects and are frequently the first choice in previously untreated individuals, especially those with mild-to-moderate tic symptoms. Furthermore, they can have a favorable effect on ADHD and behavior.

Treatment with these and other drugs for children and adults is usually started at a low dose and gradually increased. The full tic-suppressant effects of the regimen could need 10–12 weeks to be fully apparent. The main side-effect of these two drugs in the recommended dose range is sedation. This unwanted effect may need dose reduction or a change of drug. Hypotension has not been a typical drawback in children taking these drugs. If a decision is made to discontinue these drugs, gradual tapering over a week or two is advisable to avoid tic flare-ups or rebound hypertension.