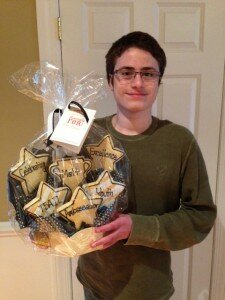 Matt is 15 years old and a high school high-honor student. He lives in the Western Suburbs of Chicago with his parents and 2 older brothers. His sister is employed in Seattle. Matt's life has been a testimony to the importance of understanding, recognizing, and getting the message out about Tourette Syndrome (TS). He exhibited signs of TS at a very early age, around 3 to 4 years old. Like so many others with TS, Matt's many doctors and his professional school staff unfortunately did not recognize TS or even know what to look for. Therefore, he did not receive the proper diagnosis until he was almost 6.

Matt was very misunderstood in his early school years. His teachers mistook his behaviors as purposeful not knowing they were tics. Because he could not control them and the teachers focused on them as behaviors, he was placed in a therapeutic day school (known as the most restrictive educational environment) which was over an hour bus ride from his home. His classroom mainly focused on therapies for autism. Even though professionals ruled out the diagnosis of autism, his teachers at this specialized school also misunderstood his tics to be purposeful behaviors and responded to them inappropriately.

Matt's early school-life was certainly a struggle; however, a proper diagnosis was the key that changed everything. Because his parents knew he still needed a proper diagnosis, they kept researching and looking for answers. Eventually they realized he fit the diagnosis of TS. Because doctors had previously given other diagnoses, it was difficult to convince the school that Matt had TS and that they needed to change gears for the proper treatment. Finally a doctor was found that understood TS, gave the proper diagnosis, and understood how it should be treated medically, socially, and educationally.

This was the beginning of a very positive trend. His parents attended a local support group for TS and learned even more about how to support their son. Soon after this, Matt was transferred to his home school and was quickly mainstreamed. Every year since, TSA-Illinois has provided in-services and support at his schools. This, along with support from doctors who understand TS, has been instrumental to his success.

Matt learned at an early age to advocate for himself and each semester conducts his own peer in-services. He enjoys public speaking and excels in advanced high-school courses. He is also a skilled violinist for his school orchestra and has composed, performed, and conducted his own music. He enjoys tutoring violin for his former middle school and readily volunteers his time to play in his church orchestra. He plans to pursue a PhD. in the science field. He passionately spreads the word about TS by publishing his own educational YouTube videos in English and in German. He has received positive acknowledgments world-wide. Matt's plans are to continue to advocate for those with TS as well as provide public education as he knows first-hand that knowledge is the key to success. 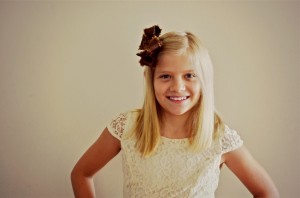 Kate is 11 years old and in 5th grade and has two older brother. She is a very loving, funny, caring, giving preteen. Kate loves to hang out with her friends and enjoys school, she loves art, fashion and to dance and do gymnastics. She was a competitive gymnast for 2 years but had to stop gymnastics once her tics became so severe that it was no longer safe for her to compete. She stated ticing at the age of four with a few simple tics ~ huffing and rapid eye blinking. Over the years the tics have increased in intensity and frequency and now they involve all parts of her body making simple daily tasks at times hard to complete. Along with the Tourette Syndrome, Kate also has anxiety disorder and mild OCD, but despite of all of that she keeps a very positive attitude and wants to educate her peers about what TS is and how it effects those who have the disorder. She has big dreams for the future and wants to go to medical school and become a pediatric oncologist! 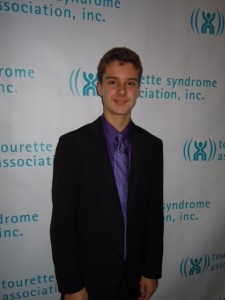 Brad was diagnosed with Tourette Syndrome at age seven, Bradley Wilinski soon realized the importance of educating others. Bradley first spoke to his classroom, and soon moved on to speaking to hundreds, at fundraisers in New York and Illinois. He has been in two documentaries about TS and been featured on ABC News Chicago. At age 13, he was chosen as the 2013
Tourette Syndrome Association Youth Ambassador, and spoke at a Congressional Luncheon on Capitol to Senators and the CDC about the need for support and funding. As a Youth Ambassador, Bradley has traveled to schools in Chicago and the suburbs educating both students and staff about Tourette Syndrome. Bradley's goal is to continue to educate others
and advocate for those affected by TS.